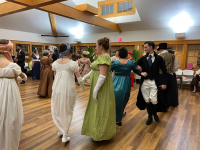 Our Tarot leader, Diane Wilkes,  has had to cancel her time with us due to health issues.

We wish her good health and recovery.

We are fortunate that Maureen Patrick has stepped up to the plate and is taking Ms. Wilkes place.

While Tarot cards first gained popularity in Europe and Great Britain as "Tarocchi"; a parlor game, the cards were, by the late 18th and early 19th Centuries, routinely used by amateurs and professional readers to reveal unseen forces and events.  Ms. Patrick's workshop not only places the cards in their authentic historical context for the period io Jane Austen's life, but will re-create a salon of the years 1790-1820.  Registrants will ask a question of Austen-ish character and the cards will answer!  Immediately after the workshop, registrants and others will have the opportunity for a private in-depth reading by Ms. Patrick for only $15.00.

Ms. Patrick olds an M.L.A. in Cultural History, with an emphasis on European and British material culture.  She has also been a practitioner of divination since age 15, when she found she could foretell the future by using a deck of ordinary playing cards.  She comes by her psychic abilities naturally; her great-grandmother was a full-blood Gypsy and was renowned as a seer and wise woman in her native Northern Italy.  Maureen began studying Trot in her early 20's and it is the psychic tool she prefers to any other, though she is also adept at palmistry and tasseomancy (tea leaf reading). Maureen was the "house reader" at SpookEasy Lounge and Blind Tiger Care in Tampa's historic Ybor City and frequently presents Tarot in its historic context at period events such as HamilFest in St. Petersburg. 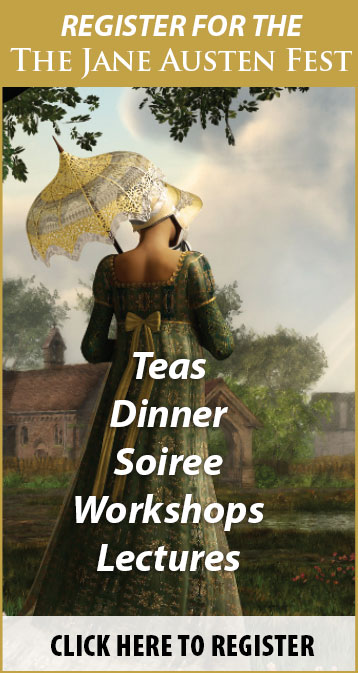