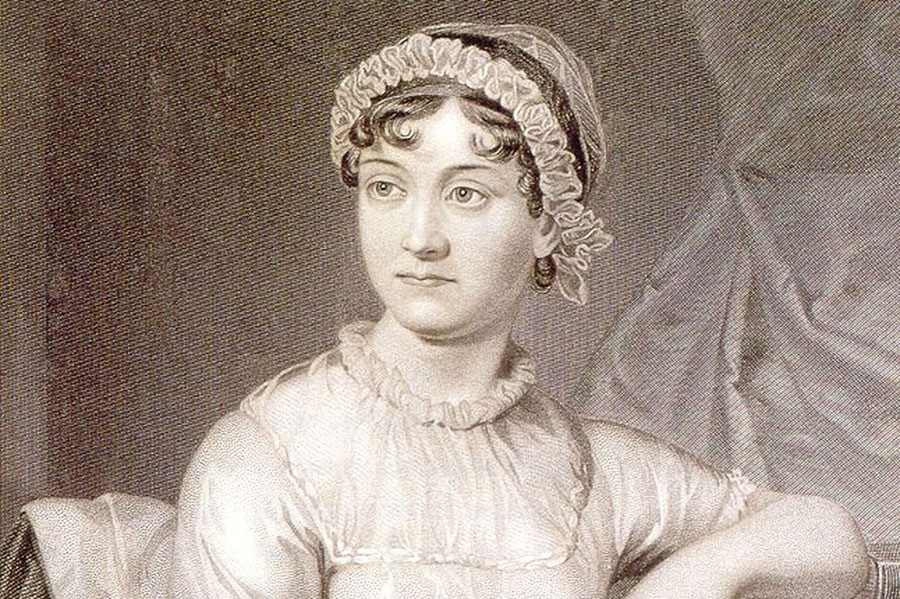 British novelist Jane Austen (1775-1817) wrote only six novels and died in 1817 at the age of 41. Yet, novelists on both sides of the pond, from Mark Twain to Kipling, could not let her pass quietly. Twain was fond of detesting Austen both in writing and speech, marveling that Austen had been allowed to die a natural death rather than face execution for her literary crimes. Kipling, however, greatly admired Austen's work. The most famous line in his short story, The Janeites, reads There's no one to touch Jane when you're in a tight place.

Today her works continue to inspire debate and critique from scholarly circles to online blogs and her life continues to be explored by modern authors.

In addition to inspiring a thirst for knowledge about all things Regency, Austen has done more to inspire reproduction Regency era clothing and accessories in our century than any other author of her time. The Jane Austen Society continue to grow in membership. Their events, conferences and local chapters in both the US and abroad offer a wide range of content for serious “Janeites” as well as for those looking to simply take a step back in time for the sake of amusement and escape.

Austen’s Regency era tales of life and love brim with psychologically complex and multi-layered heroines who do not bow to the mores of their era. Add Austen's brilliant irony to this mix and you have endless fascination and discovery for readers. Her books transcend time and geographical boundaries, allowing for adapted – and sometimes unusual - story lines in our modern books, movies and television.

Does Jane Austen remain culturally relevant today? Indeed, for as has been said, While the rules of life and love have changed since the Regency era, the game itself has not.

If adventures will not befall a young lady in her own village, she must seek them abroad.
Jane Austen